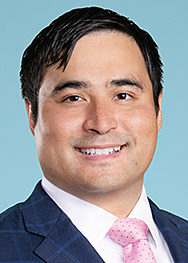 In the final few days of September, the U.S. and global allies issued a number of sanctions and export controls against actors who have supported Russia’s referendums in Ukraine and related attempts to annex four Ukrainian territories. The referendums have been condemned by the Group of 7 (G7) nations, which committed to imposing further economic costs on individuals and entities both inside and outside of Russia.

Office of Foreign Assets Control
On September 30, OFAC added individuals and entities to the Specially Designated National (SDN) list for their involvement in the annexation of Ukrainian territory. This included 14 persons in Russia’s military-industrial complex, among them two international suppliers, three key leaders of Russia’s financial infrastructure, and immediate family members of some of senior Russian officials, as well as 278 members of Russia’s legislature.

U.S. persons generally are prohibited from interacting with SDNs or any entity owned 50% or more by an SDN. These sanctions aim to reduce Russia’s ability to access critical components and technology.

OFAC additionally issued guidance in the form of FAQ 1091, which emphasizes a “heightened sanctions risk that international actors outside of Russia would face for providing political or economic support to Russia as a result of its illegal attempts to change the status of Ukrainian territory.” FAQ 1091 further states that the U.S. is prepared to “more aggressively use its authorities under existing U.S. sanctions programs” to target persons and entities whose activities may constitute material support for the annexation of Ukrainian territory, regardless of whether these persons and entities are located in Russia or Belarus.

Bureau of Industry and Security
Also on September 30, BIS amended the Export Administration Regulations (EAR) to add 57 entities to the Entity List for their support of the Russian military efforts. The EAR impose additional license requirements on exports, reexports, and transfers (in-country) upon listed entities.

49 additions also received Footnote 3 designations. These designations subject the listed entities to the Russia/Belarus-Military End User Foreign Direct Product (FDP) Rule, which can expand the scope of U.S. export control jurisdiction over non-U.S. products and imposes a license requirement for all items subject to the EAR. License applications are reviewed on a policy of denial for all items subjects to the EAR, other than for certain food and medicine.

BIS further issued guidance emphasizing that export restrictions will be “aggressively” imposed upon third-country persons and entities that support military end users in Russia and Belarus.

The UK’s reaction
On September 26, the UK added a further 89 individuals and three entities to the OFSI consolidated list. The new designations similarly were made in response to the sham referendums in Ukraine and included: additional Russian oligarchs; board members of state-linked organizations funding the war effort; “Putin’s favorite PR agency” – IMA Consulting; security documents company Goznak (responsible for the production of passports in the occupied territories); LLC Commercial Bank – International Settlements Bank; and Russian officials and collaborators involved in the referendums.

On September 29, the UK then added a further one individual to the OFSI list, Elvira Nabiullina, the Governor of the Central Bank of the Russian Federation (although the UK government clarified that the Central Bank itself is not subject to an asset freeze).

Further, on September 30, the UK announced a new package of trade measures, including further export bans on services (including IT, engineering, advertising, auditing, and legal services) to Russia and export bans on nearly 700 industry critical goods. The legislation implementing these new trade measures has not yet been published and the UK government will identify when the new measures are in force.

The EU’s Eighth Package
On September 27, the European Commission announced an eighth package of sanctions against Russia in response to the sham referendums. The new package will include further asset freeze targets; sweeping import bans on Russian products (reportedly linked to around EUR 7 billion in revenues); expanding the list of products subject to export prohibitions (including additional aviation items, electronic components, and chemical substances); and further services bans (including a prohibition on EU nationals sitting on governing bodies of Russian state-owned enterprises).

Crucially, the eighth package is to include further restrictions on Russian oil, which is being used to finance the war efforts. This will include the previously announced price cap. The relevant regulation implementing the new measures still is being negotiated between the EU member states.

Looking Forward
The above actions reflect a coordinated response to the Russian attempts at annexation and an increasing willingness of U.S., UK, EU and allied governments to target parties who support the Russian war effort and seek to circumvent western sanctions and export controls. The guidance issued by OFAC and BIS suggest that international suppliers should be on notice that interacting with the Russian military or Russian military end users could result in sanctions or export restrictions under U.S. law.

Other G7 nations have responded similarly to Russia’s attempted annexation of Ukrainian territory, with similar measures having been adopted in Canada and Australia. Announcements from other countries may be issued in the coming weeks.

EU Issues a “Maintenance and Alignment” Regulation while UK Publishes a Succession of Amendments to Its Sanctions Regime against Russia.