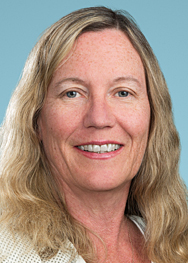 On February 27, 2022, the U.S., UK and EU announced their agreement that certain Russian banks would be delisted from the Belgian-based Society for Worldwide Interbank Financial Telecommunication (SWIFT). The EU, which has jurisdiction over SWIFT, implemented sanctions measures that will ban the organization, effective March 12, 2022, from providing financial messaging support anywhere in the world for the following Russian financial institutions and their Russian subsidiaries:

The SWIFT announcement has raised questions about how this action relates to existing sanctions and general licenses for Russian banks. We explore the differences below.

SWIFT
SWIFT is organized as a member cooperative in Belgium, and thus EU sanctions jurisdiction applies, as implemented by the Belgian government. The seven banks will be delisted by SWIFT globally in light of the EU sanctions prohibition on specialized financial messaging services (which list can be expanded in the future by the EU). The SWIFT delisting also will apply to any Russian-established subsidiary that is directly or indirectly owned, 50% or more, by such banks.

SWIFT delisting operates differently than sanctions. SWIFT is a private financial messaging service that allows transfer orders between banks around the world in more than 200 countries and territories. Thus, effective March 12, 2022, SWIFT services will not be available to the banks listed above and their Russia subsidiaries anywhere in the world. The absence of SWIFT will impact the delisted banks not only in countries that apply sanctions to those banks, but also in any jurisdiction where the bank ordinarily relies on SWIFT to interact with other banks.

However, SWIFT has no ability to undertake civil and criminal enforcement actions under force of law as would a national government. Here, it simply would deny a service that it previously made available where the EU sanctions measures instruct it to do so.

Banking Sector Sanctions and General Licenses
The seven banks delisted by SWIFT also are subject to U.S., UK, EU and other country’s blocking sanctions, asset freezes, and other restrictions, and the SWIFT action does not supersede or cancel those sanctions. The U.S. Treasury Department’s Office of Foreign Assets Control (OFAC) previously had designated each of the banks that will be delisted from SWIFT as Specially Designated Nationals (SDNs). Accordingly, for U.S. persons, persons acting in the United States and dollars clearing the U.S. financial system, all transactions with and services for these parties are prohibited, and the property and interests in property of such persons are blocked and must be reported to OFAC. A variety of other U.S. directives and sectoral sanctions also apply to Russian banks, the Central Bank and Ministry of Finance, and other Russian financial institutions.

The UK Office of Financial Sanctions Implementation (OFSI) also has implemented an asset freeze on each bank that will be delisted by SWIFT. Asset freezes establish that all funds and economic resources which are owned, held, or controlled by these banks, and which are under UK jurisdiction, must be frozen, and no funds or economic resources can be made available (directly or indirectly) to or for the benefit of these banks.

The EU has imposed various financial restrictions on the banks and their affiliates, including asset freezes and prohibitions on dealings in transferable securities or money-market instruments or granting loans or credit to the relevant entity. The EU regulations also prohibit the sale, supply, transfer, or export of Euro-denominated banknotes to Russia, including to the Russian government and the Central Bank of Russia.

In the U.S., UK, and EU, general Licenses have been authorized for wind-down activities and, in some cases, a limited scope of ongoing transactions. OFAC previously issued a general license authorizing transactions “related to energy” until June 24, 2022, with VEB, Bank Otkritie; Sovcombank; Sberbank; VTB Bank; any entity in which the above bank holds a direct or indirect 50% or greater interest; and the Central Bank of Russia. Separately, OFAC also issued a general license authorizing the wind down of transactions involving Bank Otkritie, Sovcombank, and VTB until March 26, 2022.

In the UK, OFSI issued a general license authorizing transactions with VTB’s UK subsidiaries to wind down existing positions and to make payments until March 2, 2023, for (i) insurance premiums; (ii) property management; (iii) salaries; (iv) tax; (v) mortgage and utility payments; (vi) charges arising from the routine holding and maintenance of frozen funds or economic resources; and (vii) legal fees. A separate, general wind-down general license is available for VTB until March 27, 2022.

Overlapping Prohibitions
There may be cases where sanctions do not prevent activity with a Russian bank that is delisted by SWIFT, but given the SWIFT delisting, banking is not possible at a practical level. For example, there may be instances where OFAC general licenses would allow a transaction under U.S. law, but the transactions is not possible because (a) the banks lack SWIFT access to process the transaction; or (b) third-party banks cannot receive instructions to send money to or via Russian banks, or simply choose not to out of sanctions risk avoidance. Similarly, a non-U.S. person or bank operating in a third-country with no sanctions for these seven Russian banks may not be prohibited by applicable law from a transaction, but the SWIFT ban may make the transaction impracticable. While there are alternatives to SWIFT, being cut off from SWIFT makes most international transactions significantly more burdensome or unavailable for practical purposes.

At the same time, U.S. blocking and UK/EU asset freezes can apply to transactions not reached by SWIFT delisting. Thus, these sanctions are broader than the specific scope of financial messaging. U.S. persons, persons in the United States, and any persons dealing in U.S. dollars, for example, could not provide goods or non-financial services to VTB or Sovcombank, which are SDNs.

Companies navigating this landscape will need to pay attention to these overlapping prohibitions. It remains to be seen what efforts U.S., UK and EU officials may make via general licenses or exceptions to the SWIFT banks to better synchronize policies.