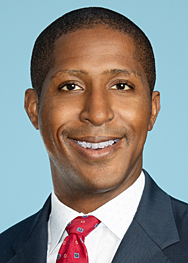 The U.S. government has issued several rules aimed at excluding, and in some cases removing, Chinese-origin equipment from U.S. telecommunications networks. Most of these rules apply to U.S. government networks, but some extend to private sector telecom infrastructure and services with no nexus to the U.S. government.

The FCC initially designated Huawei and ZTE as posing “an unacceptable risk to the national security of the United States,” but it is authorized to identify additional foreign equipment and services providers as national security threats pursuant to the criteria in the Secure Networks Act.

Section 4 of the Secure Networks Act directs the FCC to establish a reimbursement program for “providers of advanced telecommunications services” with two million or fewer subscribers to remove and replace equipment from companies that pose a national security threat, if the equipment was obtained prior to August 14, 2018. Eligible providers who apply and receive funds through the reimbursement program will have up to one year after receipt to remove (i.e., “rip and replace”) the covered equipment, with the possibility of a six-month extension when warranted.

Securing the Information and Communications Technology and Services Supply Chain
On May 13, 2020, President Trump extended for one year the national emergency he declared on May 15, 2019 pursuant to Executive Order (E.O.) 13873 (Securing the Information and Communication Technology and Services Supply Chain). The E.O. declared a national emergency to deal with the threat posed by the use of information and communications technology in the U.S. “supplied by persons owned by, controlled by, or subject to the jurisdiction or direction of foreign adversaries.” The E.O. was implemented through a proposed rule published by the Commerce Department on November 27, 2019, on Securing the Information and Communications Technology and Services Supply Chain (ICTS Proposed Rule), which we previously discussed. While the E.O. and the ICTS Proposed Rule do not explicitly reference any country or specific companies, Huawei and ZTE are believed to be the primary targets of these measures.

The U.S. government is prohibited from procuring or obtaining any equipment, system, or service that uses “covered telecommunications equipment or services” as a substantial or essential component of any system, or as a critical technology as part of any system. On August 13, 2019, an interim Federal Acquisition Regulation (FAR) provision was promulgated by the U.S. Department of Defense (DOD), the General Service Administration (GSA) and the National Aeronautics and Space Administration (NASA) that implements Part A of Section 889(a)(1) government-wide. The interim rule includes the following provisions:

Effective August 2020, the U.S. Government will be prohibited from entering into or extending or renewing a contract with an entity that uses any equipment, system, or service that utilizes or relies on “covered telecommunications equipment or services” as a substantial or essential component of any system, or as critical technology as part of any system, as set forth in Part B of Section 889(a)(1).

While Part A prohibits federal agencies from purchasing and using certain equipment, Part B provides a strong deterrence against private sector actors using “covered telecommunications equipment or services.” Notably, Part B does not include exceptions for entities that use “covered telecommunications equipment or services” on contracts with no nexus to the federal government or exclusively for internal use. The General Services Administration (GSA) is drafting an interim rule implementing the prohibitions set forth in Part B. Depending on how the implementing rule is drafted, Part B has the potential to have an extremely broad reach and may impact downstream subcontractors. In any event, given the breadth of the prohibitions in Part B, GSA (like the Commerce Department did in implementing Part A of Section 889(a)(1)) may extend the effective date to give contractors the necessary time to comply with the scope of the interim rule after it is issued.