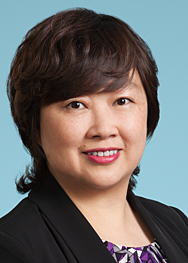 North Korea was subjected to new sanctions under United Nations Security Council Resolution 2270 on March 2, 2016 (UNSC Resolution 2270). The United States expanded its North Korea primary and secondary sanctions via a March 15, 2016 Executive Order, following a new U.S. sanctions statute on February 18, 2016. These UN and U.S. steps were taken in response to North Korean nuclear weapon and ballistic missile tests in January and February of 2016.

The Executive Order authorizes secondary sanctions under which the Secretary of Treasury may block parties where it determines that they:

Secondary sanctions also may be applied to any person who materially assists, sponsors or provides financial, material or technological support for, or goods or services to (or in support of) parties blocked under the Executive Order.

However, any non-U.S. person engaging in the activities subject to secondary sanctions would be at risk of sanctions, which under Executive Order 13722 would result in blocking—normally effected by listing as a Specially Designated National, or SDN. The Act also provides for other secondary sanctions penalties including loss of access to the U.S. financial system, exclusion from U.S. government contracts, denial of entry into the United States and seizure and forfeiture of any vessel, aircraft or conveyance that is used to facilitate prohibited activities.

Pending Executive Action
In addition, there are several provisions of the Act where action is pending:

Conclusion
These actions represent a significant expansion of UN sanctions as well as U.S. primary and secondary sanctions. The passing of a UN resolution required U.S., European, Chinese and Russian agreement and will make it more likely for other countries in Asia to cooperate with U.S. enforcement efforts. Shortly after the UN resolution, the Philippines searched and then seized a ship owned by North Korea. Chinese enterprises are among those facing risk of U.S. secondary sanctions given China’s role as North Korea’s largest trading partner. Developments in North Korea will require a new (or renewed) focus on compliance.