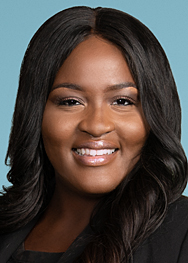 On December 2, 2020, U.S. Customs and Border Protection (CBP) issued an import detention or Withhold Release Order (WRO) against cotton produced by Xinjiang Production and Construction Corps (XPCC) based on information that reasonably indicated XPCC used forced labor within its cotton supply chains. This action comes after CBP issued five WROs in September 2020 on products found to be reliant on state-sponsored forced labor in Xinjiang. The U.S. government has expressed ongoing concern about human rights abuses of the Uyghur minority in this part of China.

Under 19 U.S.C. § 1307, CBP is authorized to ban imports on goods and merchandise produced “wholly” or “in part” from forced or indentured labor, including child labor or convict labor. Specifically, once WROs are issued, banned goods that reach the U.S. border may be subject to exclusion or seizure, and could lead to criminal investigations of importers. Pursuant to 19 C.F.R. § 12.42, importers may either re-export detained shipments, or submit information to CBP demonstrating that such goods are not in violation of 19 U.S.C. § 1307. WRO findings remain in place indefinitely and may be revoked only if there is sufficient evidence to show that the subject merchandise was not made using forced labor conditions.

Enforcement of WROs by CBP
The recent WRO prohibits the import of all XPCC-made cotton and requires detention of XPCC shipments on all cotton and cotton products, including those manufactured by its subsidiaries and affiliated entities. XPCC already is subject to sanctions under U.S. law, as described below, and thus shipments by XPCC and its affiliates to the United States, or shipments in which XPCC has an interest, would be subject to blocking and reporting to the U.S. Treasury Department (making such commercial activity unlikely).

Thus, the more significant impact of the WRO will be for companies that source XPCC material, directly or indirectly, as part of their supply chains. The WRO also applies to products made anywhere in the world containing raw cotton harvested by XPCC, including apparel, garments, and textiles at the U.S. border.

CBP has reportedly developed a new in-depth questionnaire to enforce the XPCC order. Prior to issuing the December WRO, CBP requested sourcing information from large U.S. apparel and retail companies to identify those that could reasonably be concluded to have supply chains in Xinjiang. The questionnaire inquired into multinational companies’ use of forced labor in the region and demanded them to map out their supply chains from the cultivation/extraction of raw materials to the export of the final shipment. In response, importers were required to provide documentary evidence to prove that workers at “facilities throughout the supply chain” were legitimately employed.

Ensuring Compliance: Due Diligence Challenges
In July 2020, the U.S. Government issued an advisory warning U.S. companies of legal risks related to forced labor in Xinjiang. Due to the lack of transparency in the region, it is particularly challenging to conduct supply chain due diligence.

Considering the enforcement risk raised by WROs related to sourcing cotton from Xinjiang, some companies involved in international trade and imports to the United States may need to enhance their compliance programs to manage legal risk and to prevent commercial delays when CBP requests supply-chain and origin-of-materials information. Toward that end, the WROs may lead some importers and companies to explore practices such as:

Comprehensive Trade Enforcement in the Xinjiang Region
The most recent announcement of WROs for XPCC is part of a broader effort, under which the U.S. Government is implementing multiple trade tools to address the issue of human rights concerns in the Xinjiang region. In July 2020, pursuant to the Global Magnitsky Human Rights Accountability Act, the Treasury Department’s Office of Foreign Assets Control (OFAC) sanctioned XPCC as a Specially Designated National (SDN). As a Global Magnitsky designated entity, assets owned by XPCC or by subsidiaries that are at least 50 percent owned by XPCC are blocked and transactions, services and other commercial activity are broadly prohibited where U.S. jurisdiction applies.

The Commerce Department’s Bureau of Industry and Security (BIS) also is addressing human rights abuses in Xinjiang. In July 2020, BIS added 11 Chinese companies to the Entity List that either were involved in the genetic analyses of Muslim minority groups from Xinjiang Uyghur Autonomous Region (XUAR) or connected to forced labor involving Uyghurs and other Muslim minority groups in the XUAR. Prior designations in October 2019 and June 2020 involved parties accused of enabling the repression in Xinjiang.