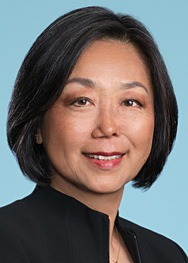 On October 5, the trade ministers of the 12 nations participating in the negotiations announced that they had successfully concluded the Trans-Pacific Partnership (TPP) free trade agreement. Australia, Brunei Darussalam, Canada, Chile, Japan, Malaysia, Mexico, New Zealand, Peru, Singapore, United States, and Vietnam are the member countries. There is a long way to go before the TPP is ratified and implemented (and the prospects for ratification in certain countries are not certain), but the agreement represents a major accomplishment for negotiations that began in 2009.

The TPP, if implemented, would be significant for the United States for several reasons. First, although the United States already has free trade agreements with a number of the TPP members, free trade arrangements with Japan, Malaysia, Vietnam, New Zealand and Brunei Darussalam would be new. Moreover, the TPP would expand and enhance governmental obligations contained in prior agreements. Finally, the ability to aggregate the value of content added within all of the member nations for purposes of obtaining preferential tariffs would increase the flexibility of cross-border manufacturing operations.

Many assume that trade agreements only apply to trade in products. The TPP, however, like other trade agreements, addresses a wide of other subjects. For example, the TPP has separate chapters on each of the following:

The TPP, therefore, potentially will affect a wide range of industries, and not just those that export or import products. The impact on trade in products, nonetheless, will be significant for a number of industries, including chemicals, agriculture, and automobiles. There also may be important changes for the energy industry, arising from obligations relating to investment, trade and the conduct of state owned enterprises (such as national oil companies).

Although the ministers have reached agreement on all the major terms, the text of the TPP is still undergoing a “scrubbing” process, and may not be available for at least several more weeks.