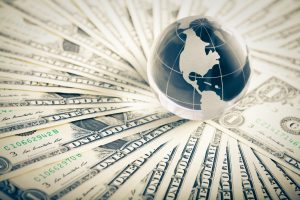 Over the past nine months, companies and governments have competed for goods and materials amidst scarcity and disrupted supply chains.  At the same time, governments, central banks, international organizations and NGOs have poured money into economies, hoping to provide relief, meet demand to procure essential goods, and find solutions to an unprecedented situation. This unprecedented environment has created legal risk for market participants, and the potential for a wave of enforcement in the future.

On Pillsbury’s Industry Insights podcast, International Trade partner Aaron Hutman spoke with host Joel Simon on the heightened risk of corruption, fraud and money laundering in international trade, banking and investment during the pandemic. Below, we address these legal pitfalls and the best practices companies should follow to avoid them.(Special thanks to summer associate Eugenie Dubin for preparing this post.)

Corruption’s Many Shades of Gray
While the U.S. government remains the most potent enforcer of global anti-corruption and anti-money laundering norms, a number of other national jurisdictions in the developed and developing worlds have added new laws and enforcement capabilities. At the same time, the sanctions and debarment systems of the World Bank and other multilateral development banks have become increasingly influential.  Thus, for companies exposed to corruption and money laundering risk amidst the pandemic, it is a world of cross-fire.  And when the crisis of the moment subsides, prosecutors and enforcement officials will likely look back to account for the activities of 2020.

U.S. law continues to carry the broadest assertions of jurisdiction, and the most well-funded enforcement capabilities.  Thus, it remains important to understand U.S. law, and any discussion of rules targeting official bribery. Start with the FCPA.

The Power of Due Diligence and Record-Keeping …
Companies should ensure that they have meaningful safeguards against unlawful business activity in policy and in practice.

Reviewing and strengthening compliance manuals and codes of conduct; transactional due diligence, “know your customer” and vendor screening procedures; accounting and export controls; and privacy policies that close exploitable loopholes are essential to protect against the expected future wave of enforcement.

The policies should be effective both in times of stability and in times of disruption. Companies can assess whether they require additional compliance rules for the COVID-19 business environment.

… and of Implementation and Intent
Clear accounting records, memos documenting the purpose behind all transactions that might otherwise raise questions, and records of compliance department guidance are important ways companies can show policy implementation.

At a recent town hall meeting on May 20, 2020, officials from the Department of Justice, the FBI and the SEC stated they would take into account context and intent in seeking to enforce U.S. law when looking at conduct during the pandemic. For example, offering a payment to a customs official abroad often constitutes a violation of the FCPA. But the officials indicated they might see the payment differently if the company can show the goal was not to obtain or retain business, but to seek medical equipment to protect its personnel.

Companies would be well-served to create strong, contemporaneous records now so that, in future years, company officials (and any investigating enforcement officials) can look back and understand what the company was trying to accomplish at the time. Detailed record-keeping ensures that future compliance officers, general counsel, company executives, or other relevant individuals will know where to look in the case of a future investigation.