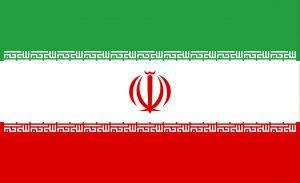 Announced last week, “INSTEX had been made operational and available to all EU Member States.” INSTEX is the special purpose financing channel designed by the EU to permit the processing of payments for trade between the EU and Iran. INSTEX was deemed necessary by the EU in light of the refusal by many private banks to process payments for trade between the EU and Iran that continues to be authorized by the EU despite the U.S. withdrawal from the Joint Comprehensive Plan of Action (JCPOA) resulting in the re-imposition of U.S. sanctions.

Various Member States are in the process of becoming shareholders of INSTEX (Instrument in Support of Trade Exchanges). The corresponding Iranian entity (STFI – Special Trade and Financing Instrument) has already been set up, and it is understood that there are now transactions being processed through the SPV. Initially the channel will only be used for trading non-sanctionable goods, including humanitarian, medical and agriculture products. However, it is possible that this could be expanded in the future. INSTEX is available to all Member States and will be rolled out to operators from third countries.

The Chair of the EU Joint Commission released a statement lauding the launch of INSTEX and setting out other areas of compliance with the JCPOA (e.g., the modernization of the Arak research reactor, the conversion of the Fordow facility, and the crucial role of the UN International Atomic Energy Agency (IAEA) in monitoring Iran’s nuclear commitments under the JCPOA).

However, just days later (on 1 July), the IAEA announced that Iran had exceeded stockpile limits imposed under the nuclear deal. The move followed Iran’s 60-day ultimatum issued to Europe on May 8 (exactly one year after Trump’s withdrawal from the nuclear deal). Iranian Foreign Minister, Javad Zarif, insists that this is not a breach of Iran’s JCPOA commitments.

The European nations leading this process are now “urgently considering next steps under the terms of the JCPOA.” Iran has already felt the impact of the re-imposed U.S. sanctions and there are concerns that Europe’s offering is too little, too late. Zarif has made it clear that “INSTEX is meaningless without Europe’s implementation of its other undertakings.”

It remains to be seen what Europe can offer Iran to incentivize them to uphold their end of the deal. Over the past few weeks, the JCPOA has moved closer to collapse.

Furthermore, it is difficult to tell if European businesses will actually use INSTEX to engage in trade with Iran. At the moment, Europe-Iran trade remains very low as those European companies with U.S. business or who rely on the U.S. dollar have generally decided not to risk their U.S. relationship or sanctions over opportunities in Iran.

In particular, U.S. “secondary sanctions” can result in the blocking of the property of companies that engage in “significant” transactions with Iranian parties who are on the U.S. List of Specially Designated Nationals or that involve certain sectors of the Iranian economy.