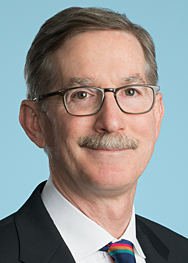 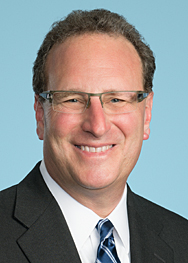 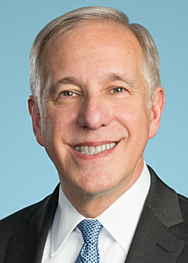 The COVID-19 pandemic has had a drastic and abrupt impact on global commerce, as many businesses have slowed or suspended operations. Despite aggressive U.S. Government efforts to support vulnerable businesses, the sharp economic downtown is compelling lenders and investors to consider restructuring and/or exercising remedies under their financing documents in order to protect their interests. In so doing non-U.S. lenders and investors potentially face an additional hurdle that may not have been accounted for at the time of the original transaction. The Committee on Foreign Investment in the United States (CFIUS) may have jurisdiction to review and potentially disallow certain default remedies, financial restructurings, and equity conversion rights where foreign persons are involved.

Newly adopted CFIUS rules in February 2020 have dramatically expanded the types and numbers of businesses potentially subject to CFIUS jurisdiction. Combined with a greater likelihood of borrower defaults in the disruption caused by COVID-19, these new rules have heightened the risk that borrowers and lenders alike could be caught off guard by CFIUS review and potential enforcement. The consequences could include forced divestment of the business or assets acquired.

CFIUS May Apply to Insolvency and Restructuring Activities
CFIUS is the U.S. inter-agency committee responsible for reviewing foreign acquisitions and investments in U.S. businesses (“covered transactions”) for their potential impact on national security. A U.S. business includes U.S. entities and U.S. subsidiaries or branches of a foreign company. It also includes assets operated as a business. Thus, acquiring a collection of U.S. assets can also be subject to CFIUS review.

Generally, lending transactions and other credit arrangements do not fall under CFIUS jurisdiction since covered transactions only include those that confer an equity interest to a foreign investor or buyer. However, acquisitions of contingent equity interests (e.g., convertible debt), may be immediately reviewable by CFIUS depending on factors such as:

CFIUS may also review a proposed lending transaction where:

There is no minimum equity threshold or board representation that is needed to constitute control, such as majority ownership or majority board control. CFIUS interprets the term “control” broadly to mean the direct or indirect power, whether or not exercised, to determine, direct, or decide important matters affecting an entity. Control may also include certain negative rights, including the power to prevent certain corporate actions from occurring, except for a narrow subset of minority shareholder protections.  Any equity stake, unless it is totally passive, could potentially constitute control based on the facts and circumstances in question.

The new “TID U.S. Business” definition is important in identifying the types of business/sectors that are subject to heightened CFIUS scrutiny and shows the wide range of business activity that may potentially have national security implications. All loan transactions, but particularly those entered into prior to the February 2020 adoption of the new CFIUS rules, should be carefully reviewed for potential issues if the borrower is a TID U.S. Business and non-U.S. lenders hold a significant portion of its debt.

Although CFIUS review is typically a voluntary process, filing with CFIUS can be mandatory depending on whether the foreign party is government-owned and the type of U.S. business involved (i.e., certain TID U.S. Businesses operating in certain sectors). Filing with CFIUS and obtaining clearance provides the parties with a regulatory safe harbor preventing CFIUS from later prohibiting or suspending the transaction for national security reasons. In recent years, CFIUS has exercised its authority more frequently than in the past to block transactions or order divestitures. Affected transactions have included acquisitions by Chinese companies of businesses that maintain or collect sensitive personal data, including hotel management software providers, health technology start-ups, and online dating platforms.

CFIUS Considerations in the Event of Default
Foreign lenders will need to consider the CFIUS implications of restructurings (e.g., debt into equity), exercising default remedies, or taking contingent equity interests. Lenders may want to prioritize debt restructuring or non-default remedies if the transaction is likely to fall under CFIUS jurisdiction. Additionally, non-U.S. lenders entering into financing agreements (or party to existing financing agreements) need to be aware of the risk that they might not be permitted to take full advantage of vesting equity interests or the entirety of debt remedies that were negotiated into an agreement without going through the CFIUS review process.

Non-U.S. lenders entering into financing agreements should consider default structures (and those in existing financing agreements should consider amendments) that would not result in a covered transaction being subject to CFIUS jurisdiction. This includes structures that do not involve the transfer of equity interests or that otherwise do not confer control, or other arrangements that allow for foreign lenders to vest the assets in a U.S. person. In such an arrangement, the lender may be a passive financial beneficiary of the entity or holder of assets without exercising control over them. For example, if foreign lenders hold a material portion of the debt of a distressed borrower, they may have an easier path (vis a vis CFIUS issues) in a financial restructuring of the borrower by taking subordinated debt or similar interests rather than equity as part of the restructuring.  Foreign lenders might want to negotiate CFIUS approval as a pre-condition to the transfer of assets in the event of a restructuring, default or refinance.  Foreign lenders should also consider remedies that would transfer control from current US management to a third party who would also be a US person, such as a chief restructuring officer, an independent fiduciary or a receivership trustee, and that third party would exercise control over the US business rather than the foreign lender. A bankruptcy court ordering such a remedy could further insulate the foreign lender from exercising control and triggering CFIUS review.

Foreign lenders should also account for CFIUS in other provisions of credit and security documents. This could include obtaining representations by the borrower regarding its business (i.e., whether it is a TID U.S. business, whether it is subject to a mandatory CFIUS filing requirement, etc.), as well as language that addresses in advance the potential outcomes following the occurrence of an event of default, including obtaining CFIUS approval or structuring options that would not result in a covered transaction being subject to CFIUS jurisdiction.