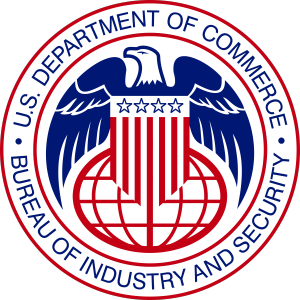 On October 21, 2021, the U.S. Department of Commerce, Bureau of Industry and Security (BIS) announced an interim final rule (Interim Rule), which will amend the Export Administration Regulations (EAR) to add controls for the export, reexport and transfer of certain cybersecurity exploitation, intrusion and monitoring tools. The Interim Rule also creates a new License Exception “Authorized Cybersecurity Exports (ACE)” that authorizes certain exports, reexports and transfers of cybersecurity items, as described in more detail below. The Interim Rule will be made effective 90 days after publication, on January 19, 2022.

This Interim Rule implements multilateral controls over cybersecurity hardware and software originally added by the Wassenaar Arrangement in 2013 and subsequently modified. BIS originally proposed to implement controls over these types of items in 2015 but then held back after receiving hundreds of comments expressing concern that the control parameters—including the definition of “intrusion software”—were overly broad.

Cybersecurity Items
The Interim Rule adds several new export control classification numbers (ECCNs) to the Commerce Control List (CCL) that incorporate national security (NS) and antiterrorism (AT) controls for “cybersecurity items.” Effectively this means that an EAR license or license exception would be required for exports and reexports of such items to most jurisdictions.

Software specially designed or modified to avoid detection by “monitoring tools,” or to defeat “protective countermeasures,” of a computer or network-capable device, and performing any of the following:

(1) The extraction of data or information, from a computer or network-capable device, or the modification of system or user data; or

(2) The modification of the standard execution path of a program or process in order to allow the execution of externally provided instructions.

The new ECCNs would contain certain exclusions from controls for software specially designed and limited to providing basic updates and upgrades, as well as vulnerability disclosures or cyber incident responses.

The items above and related software for the development, production and use of such items would be defined as “cybersecurity items,” and potentially eligible for export to most destinations under License Exception ACE.

Note that items that are already subject to EAR surreptitious listening (SL) controls will continue to be controlled under that ECCN. Similarly, if an item is controlled due to “information security” encryption functionality specified in Category 5, Part 2 of the CCL, it would remain controlled under those ECCNs. These items would not be eligible for the new License Exception ACE.

Destinations and End Users. License Exception ACE would generally authorize the export, reexport and transfer of cybersecurity items to most destinations, except for:

End Use Restrictions. License Exception ACE is not authorized if the exporter, reexporter or transferor has knowledge or reason to know that the cybersecurity item will be used to affect the confidentiality, integrity, or availability of information or information systems without authorization by the owner, operator or administrator of the information system.