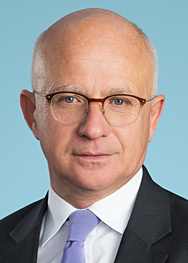 Under the terms of the Iran Nuclear Agreement Review Act, Congress had until September 18 to reject President Obama’s promised sanctions relief for Iran agreed to under the Joint Comprehensive Plan of Action (JCPOA). Although the House of Representatives voted to reject the deal, Senate Democrats blocked debate on a similar resolution, thus preventing a vote in the Senate. Consequently, Congress took no action, which means that the JCPOA will continue to be implemented on a step-by-step basis (see our blog post here for full details).  Looking ahead, there are several key issues for businesses contemplating entering the Iran market to consider.

It is still possible that there will be Congressional attempts to impose new sanctions through other legislative vehicles, but the lifting of most EU sanctions and the U.S. sanctions addressed in the JCPOA is increasingly likely. Upcoming key dates are provided below. If Iran observes its commitments, as verified by the International Atomic Energy Agency (IAEA), the changes to U.S. and EU sanctions policies could be implemented as early as December 2015 or the beginning of 2016, depending on how long it takes for Iran to comply.

“Adoption Day” may prove important for U.S. sanctions in particular, as the JCPOA provides that the U.S. and EU will publish information on how they specifically plan to change sanctions policies and regulations. U.S. officials have not clarified how they intend to implement several key aspects of the JCPOA obligations while still maintaining other U.S. terrorism, WMD, missile, and human rights sanctions on Iran.

As global businesses continue to prepare to reengage in trade with Iran, there are many remaining questions regarding the impact of sanctions relief, as well as many risks that must be managed as part of any new initiatives. These include:

Banking Sector – Under the JCPOA, non-U.S. banks will no longer be prohibited by U.S. secondary sanctions and EU sanctions measures from supporting a range of transactions relating to Iran. These non-U.S. banks will be able to process Iranian transactions or open accounts for most Iranians outside of the United States. Non-U.S. banks, however, will still face sanctions and anti-money laundering challenges. The Financial Action Task Force (FATF) and its member countries continue to recommend anti-money laundering countermeasures on Iran. The U.S. will retain many Iranian entities on its list of Specially Designated Nationals, and Canada and certain other countries will maintain asset freezes on Iran-related parties. The extent to which U.S. dollar transactions relating to Iran may be permitted to clear through the U.S. financial system remains uncertain unless the U.S. government changes its policy prohibiting the export of financial services to Iran.

Transportation Equipment – The JCPOA commits the U.S. and EU to allow sales of commercial aircraft to Iran, but the United States, at least, will still require licenses for such export.  EU sanctions relief will allow EU shipbuilders, auto manufacturers, and other transportation companies to launch new sales initiatives in Iran. However, non-U.S. manufacturers that incorporate U.S.-origin parts and components must ensure compliance with U.S. export control rules, which might limit these commercial opportunities. Importantly, U.S. export control rules apply to used equipment as well as new.

Service Providers – As businesses enter Iran, so will service providers, including accountants, lawyers, engineers, and consultants. U.S. service providers, however, will still be subject to U.S. sanctions, as will U.S. employees of foreign firms. U.S. citizens and non-U.S. citizens located in the United States will not be able to support these activities and foreign branches of U.S. companies, such as law firms and accountancies, will remain subject to U.S. restrictions.

Counterparty Risk – One of the greatest risks companies will be monitoring is the Iranian parties with whom they do business. Despite the relaxation of certain sanctions under the JCPOA, a number of entities in Iran will still be subject to U.S. – and in some cases EU – sanctions, such as the Iranian Revolutionary Guard Corps (IRGC). The IRGC and its affiliates, as well as other sanctioned entities, are directly or indirectly involved in a wide array of businesses in Iran.  Engaging commercially with these companies or individuals – many of whom are not easily identifiable as being subject to sanctions – could potentially violate U.S. or EU regulations. Vigilant due diligence must be carried out on all potential partners.

Snap Back and New Sanctions – The JCPOA establishes a complicated mechanism for the re-imposition (or “snap-back”) of U.S., EU, and UN sanctions on Iran in the event of non-compliance. The JCPOA provides, however, that the reintroduction of sanctions would not have a retroactive effect on commercial contracts entered into at a time when the JCPOA was in effect. The real-world commercial implications of this provision remain unclear, with the possible imposition of new sanctions exposing any new investment to political risk.